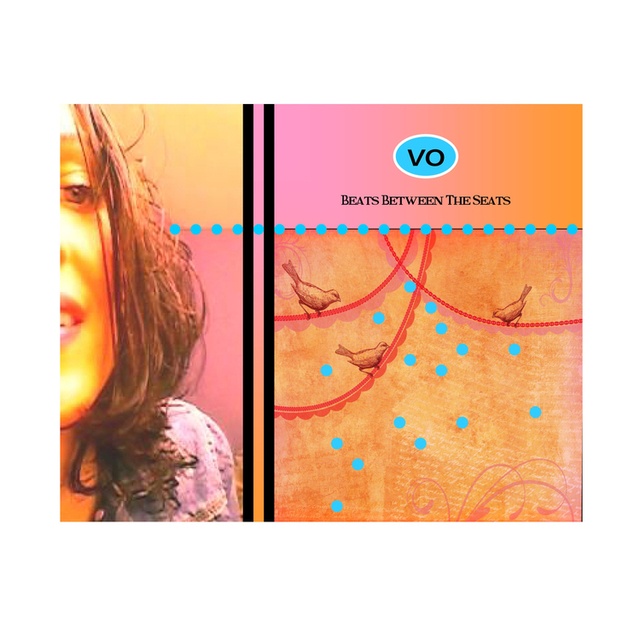 Headed by vocalist/songwriter Jill Tamarr, VO is an Ireland-based group, all of whose varied original songs border on alternative to alternative acoustic/country. VO songwriting first began in 2009 in Connemara, Ireland, while the artist is now based in Loughrea. VO is a self-created name that Jill defines as "Victory of nature, as nature intended it." The music is currently solo acoustic, while with the desire to expand into a group, especially for the ep (cover picture provided), "Beats Between The Seats." Other music projects include "The Fisher Bros." which is of a similar vein, however more cohesive, a little more guitar driven yet radio-friendly, and slightly goth in feel, especially on some songs. Both VO and The Fisher Bros. are seeking electronic drums and bass and possibly backup singers. I have two cd's worth of original songs (VO and The Fisher Bros.) that I would like to produce myself and finalize with a group. I am not at the recording stage, but close. It would be a matter of getting the songs down and possibly collaborating, to a degree, on recording. There is another guitarist I hope to be working with for lead guitar, after the foundation is set. Any profits made through the projects would be an equal split among members who offer equal contribution. While beware - I am currently a greenhorn, have never played live and will not promise anything there due to inexperience; (I'd like to feel strong in the group work and start small to gain confidence playing live first, before committing to anything beyond being a recording artist). My plans are to submit to a record label, and advise them of this same reality. There's no investment for them really but to try it, and if people like it, it's win-win. So, that's my idea, or begin a label to promote ND.ND.NBHFL. (No Drink. No Drugs. No Beatings Hearts For Lunch.) bands, one called The Candy Shop, wherein we could promote ourselves from there. (That idea is in the works anyway, regardless.) I currently have ProTools SE while still need some equipment to get it rolling. Thereafter, I will upload an acoustic version of the songs. One final note: As far as experience goes, it is not really a prerequisite over finding the right people to work with, and the same goes with equipment. If there is something that is needed, we may be able to work that out together. While sobriety 100% of the time is a must, as well as becoming a meatless eater from the time that we begin working together, (if you are not one already), as that is a requirement of The Candy Shop.Contact vo.candyshop@gmail dot com or respond through bandmix.ie.

(Don't let the age given trip you - I lie, but not about this)... A lot of my influences spring from about a year and a half living in Minneapolis, Minnesota in the early 90's, when I used to visit a place called the "Pagan House" on Saturday nights after hours, just to watch live bands. Most of the groups I saw during that time were of the alternative underground scene (and not really heard on the radio). I'd kind of slip in and slip out, liked the pop scene but later dreaded the drug culture that seemed to follow it. Since then, I still seek the same things in a way, however more naturalistic (if I can integrate it) and with the hope to create a similar pop culture, one that includes all the art and talent (while without any of the drug scene) through promoting the ND.ND.NBHFL. lifestyle ("No Drink. No Drugs. No Beating Hearts For Lunch." a.k.a. the "No Victims Stance") and also seeking opportunities to work in environments that promote the same. Other influences have varied through my life, with the common denominator being that the music is good. Here's a few examples: Jethro Tull, Bob Dylan-Desire, Fleetwood Mac-Rumours, The Beatles-Rubber Soul, Heart-Dreamboat Annie, Pat Benatar, mid-eighties break dancing scene and music, Marvin Gaye, Yaz, The Cult, Kate Bush-Sensual World, Andreas Vollenweider, Carlos Nakai, various artists in college scene music including good throwbacks like the Kinks, plus some melodic alternative and semi-hardcore alternative during the early 90's - that which periodically gets the steam off, good dance music - various artists, Daft Punk, Pharrell Williams... etcetera, etcetera.

*Gear4music Dreadnought Electro-Acoustic Guitar (while pickup requires repair - need to make a phone call); jack-jack lead
*Acoustic Solutions Audio Hub with 2 inputs offering separate volumes and 1 headphones output
*M-Audio M-Track Eight USB Interface (eight channels with phantom power)
*M-Audio Fast Track C400 USB Interface (2 channels with phantom power)
*Avid Pro Tools SE software; (files are manipulatable by ProTools [full version] however the software itself is not upgradeable - would have to go to Pro Tools Express to be upgradeable or Pro Tools [full version] - yet that would require that I also install Windows 7 or higher)
*Art Tube MP microphone preamplifier (2 channels with phantom power)
*M-Audio Keystation Mini 32 Controller
*Behringer C-1 Studio Condenser Microphone (with XLR instrument cable)
*Dynamic mic with jack cable (a relatively cheap one)
*headphones with 1/4" jack cable
*Dell PC, 1 TB hard drive (which seems to make it unstable), 4gig ram, Windows Vista
*(plus some little bits and bobs and not enough time to put this all together. I'm also looking into some Behringer guitar foot pedals including "Acoustic Simulator" to be used as a base for any lead electric guitar, plus "Distortion Overdrive," "Multi FX" and "Chorus" if I remember correctly. Plus I have plans to get the Behringer Xenyx 1622 or 2222 mixer, plus pop filter for mics, a few adapters and instrument cables, - while time and money is always the issue. However, it's in the plans, as well as an Elvis dynamic mic, for live performance kicks. FYI: I'm into the "back room band" set-up, namely small practice amps with stereo to mono cables running from the headphones jack into a mixer, along with electronic drums, for recording-style jamming with headphones or at an acoustic volume level, due to my home practice space restrictions [as well as for controlling quality]. That's what I want, and then to play final sound out of group monitors which can be mic'd externally during live performances, or cabled directly through the mixer, while leaving external or in-ear monitors for the group.)